The Centre for Music Innovations offers Chinese music workshops and performances, and curates and explores contemporary works for Chinese instruments and orchestras, bringing the East and West closer together. 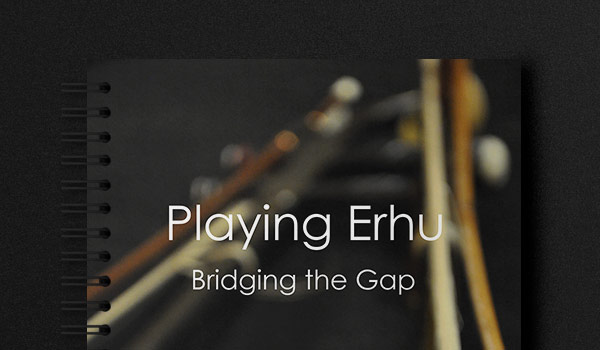 Learn to Play the Erhu – Book 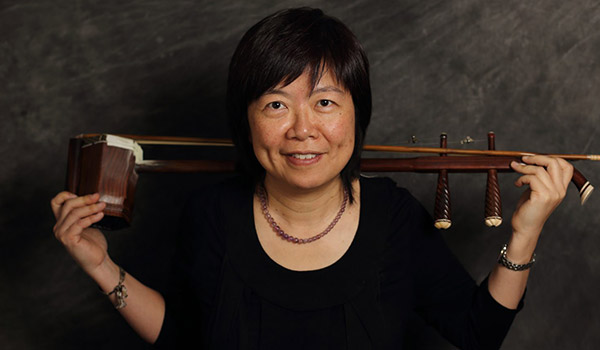 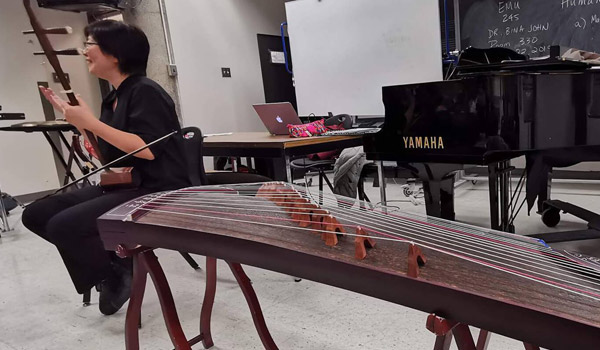 The Centre for Music Innovations (CMI) was established to provide a powerful Chinese instrument and music resource in English for composers, musicians and those interested in contemporary music. Founded in 2018 by Patty Chan, CMI offers Chinese music workshops and performances, and curates and explores contemporary works for Chinese instruments and orchestras. CMI’s initiative of translating Chinese language orchestral and mixed ensemble videos into English with comprehensive analysis will enable further access for a global audience to a rich body of repertoire. Plans are in place to create a repository for contemporary works so that musicians, orchestras, and composers can connect with one another. This will be the first of its kind, with Chinese orchestral works not only from Asia, but from around the world.

CMI’s Founder and Director Patty Chan is working with Artistic Advisor Dr. Chih-Sheng Chen, both bringing decades of experience and knowledge in the areas of Chinese traditional and contemporary music. They have already successfully initiated numerous commissions and performance opportunities in Canada and abroad. CMI draws on their expertise as well as a team of traditional Chinese music consultants to advance cross-cultural music composition and performance, and deepen international music connections. 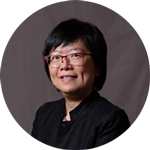 Erhu player Patty Chan is an innovative and sought-after instrumentalist, teaching artist and well-respected leader. As a second-generation Chinese Canadian, it was music that helped her connect with her culture and shape her identity. She has extensive experience with traditional and contemporary Chinese-Canadian orchestral repertoire, connecting traditional Chinese instruments with Canadian composers and developing cross-cultural music composition and performance.

She was the President (2013-19) and is Music Director (since 2015) of the Toronto Chinese Orchestra and has led and participated in exchanges and performances in Canada and Asia since 2008. Over the years of her work with TCO she has designed numerous initiatives including creation of a community orchestra, youth orchestra and professional ensemble. In 2018 she arranged for TCO to be the coordinator for Chinese traditional music examinations with the Central Conservatory of Music (Beijing) in the GTA. Ms. Chan has organized many TCO events including composition, conducting and piano competitions and programmed concerts involving numerous collaborations with international artists. She continues to be actively involved in TCO projects, commissions and performances. Ms. Chan continues to blaze trails as a cross cultural connector as she co-founded PhoeNX Ensemble in 2019 with internationally-acclaimed harpist Sanya Eng. PhoeNX is rooted in the heartfelt hopes of sharing inspirational narratives through a mixed ensemble sonority, with a vision to explore, promote, and expand the East/West mixed musical medium.

As a musician, Ms. Chan has played erhu with many ensembles and organizations including TCO, Strings of St. John’s, Red Snow Collective, Toronto Masque Theatre, and the Canadian Children’s Opera Company. She has performed in world premieres of theatre/opera productions such as Red Snow (2012),The Lesson of Da Ji (2013), Comfort (2016) and The Monkiest King (2018). Her composition, Redemption: The Chan Kol Nidre (2015) for erhu and viola da gamba has been added to the archives at the Museum of the Jewish People at Beit Hatfutsot in Tel Aviv.

Ms. Chan’s book, Playing Erhu – Bridging the Gap has sold in over 30 countries and was the world’s first English language erhu instruction book. Through CMI, she will be offering online lessons and instructional videos. She has taught erhu and Chinese music at York, Ryerson, and Carleton universities.

Having experienced the impact of music in her life, Ms. Chan’s passion is to share the beauty of traditional and contemporary Chinese music to a new generation and a new audience. 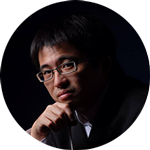 Artistic Advisor Dr. Chih-Sheng Chen is one of the most prominent conductors in Taiwan. Dr. Chen founded the Little Giant Chinese Chamber Orchestra (gCO) in 2000. Acting as the artistic director and conductor, the orchestra strikes to present Chinese music of the highest quality to a wide range of audiences. Chen has produced/conducted close to one thousand concerts, including the orchestra’s national and international tours and a full season at Taiwan’s National Concert Hall. He also presents educational programs throughout Taiwan, and collaborates with various organizations. Under his leadership, the Little Giant Chinese Chamber Orchestra was nominated by the Taishin Arts Awards for the Best Performing Arts category in Taiwan 2011.

Chen holds a master degree in conducting from Taiwan’s Fu Jen Catholic University, under the guidance of professor Lian-Chang Kuo. He started his musical training as an erhu player at the age of ten. He studied conducting with Ying Lee, and theory with Chao-ying Huang and Shi-Pei Ding. At the same time, Chen holds a PhD from the Institute of Microbiology and Biochemistry of the National Taiwan University. His solid musical training, many years of performance experience, knowledge of diverse genres and styles, and organizational skills from his science background all contribute to his success in building and managing one of the largest and most active Chinese orchestras in the world. “Chinese music is my true calling in life,” he says.

The Little Giant Chinese Chamber Orchestra (LGCCO) was founded in October 2000 by its artistic director and conductor Chih-Sheng Chen. The LGCCO has since matured into an ensemble of both technical and artistic proficiency. A strong musical force in Taiwan, it represents a new generation of Chinese orchestral music. It strives to demonstrate the energy and passion of its dedicated musicians with every performance. The LGCCO breathes new life into an art form that holds ancient roots, and devotes itself to promoting Chinese music on the world stage.

Since 2002, the LGCCO has been producing the series “Generations”, “Silk & Bamboo Chamber Music”, and “The Young Masters”. The LGCCO now offers a full season of approximately thirty concerts a year at the prestigious National Concert Hall in Taiwan, presenting both the full orchestra of over one hundred musicians and smaller chamber ensembles throughout the year. In recent years, the orchestra has presented large-scale interdisciplinary projects, combining theatre and multimedia with orchestral music.

The LGCCO is funded by all levels of the Taiwanese government. It won the nomination of the 9th Taiwan New Arts Awards in 2011. In addition, the LGCCO regularly presents educational performances, introducing thousands of young audiences to Chinese music in every city in Taiwan, including small communities off the main island. The LGCCO has released one DVD and numerous CDs, including “Crossing”, a collaboration with the Rice University.

Want to get in touch? We'd love to hear from you.